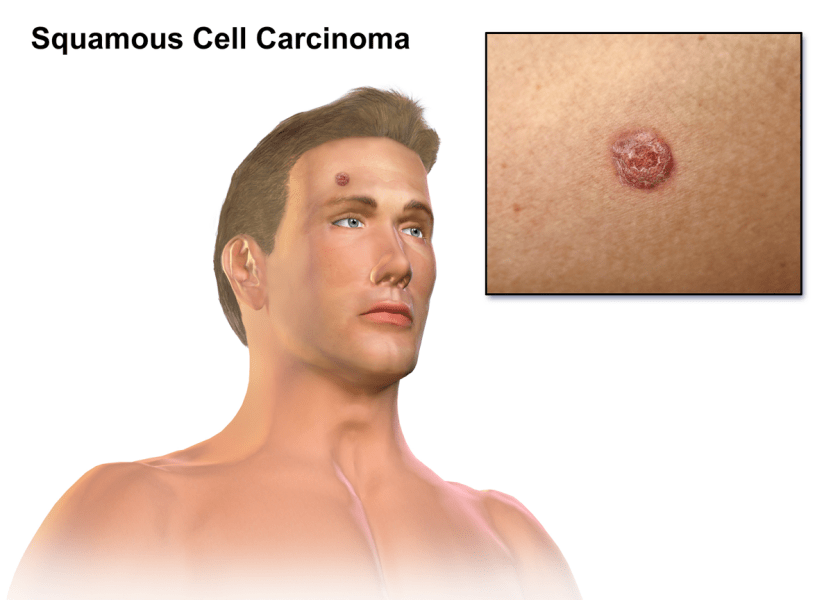 Squamous cell carcinomas are the second most common skin cancers in the world.

Although men are more likely to develop these skin cancers, thousands of women develop them squamous cell carcinomas yearly as well. It most often presents in the latter half of life.

Individuals with lighter skin types are 80 times more likely to develop these skin cancers when compared to darkly pigmented individuals. However, Squamous Cell Carcinomas are the most common skin cancer in Black individuals.

The most common areas for development are sun exposed areas such as the head, neck, arms, and hands. The rate of cancer metastasis is approximately 4 percent.

At Apollo Dermatology, we diagnose close to 600 Squamous Cell Carcinomas every single year! Make an appointment today to screen for these skin cancers.

Make an appointment with Dr. Dupati today at Apollo Dermatology for you and your family members to screen for Squamous Cell Carcinomas.

Each patient is personally seen and evaluated by one of the most well-trained board certified dermatologists in Southeast Michigan.